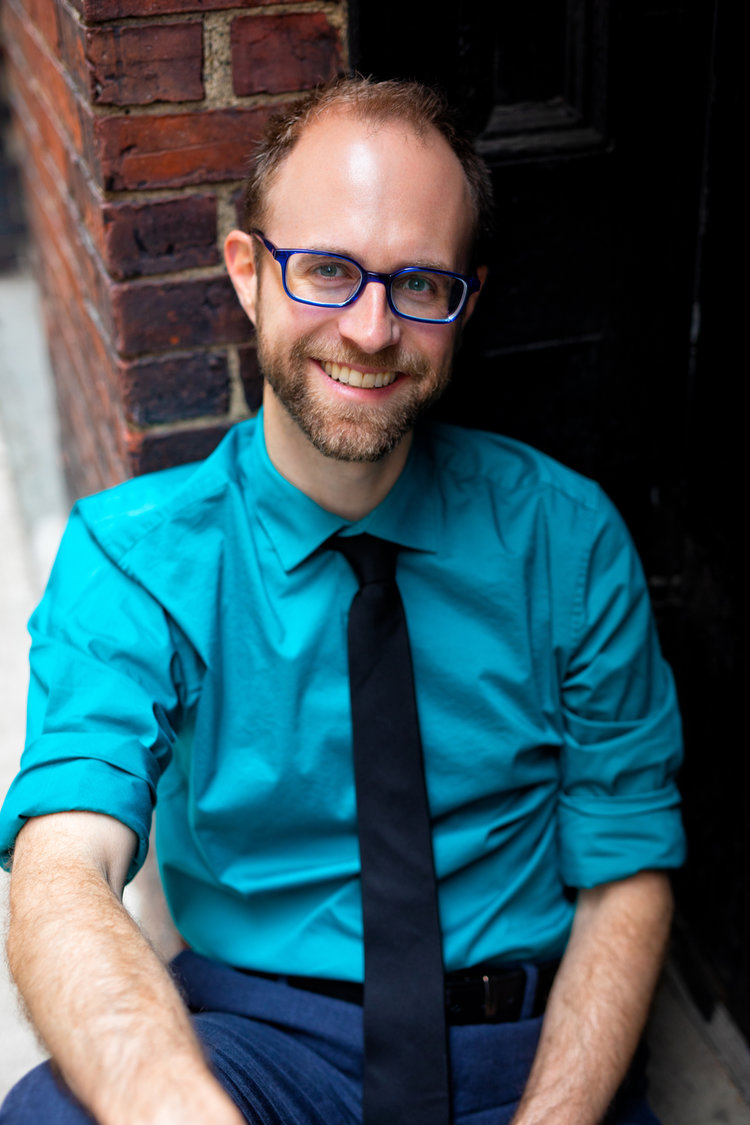 Keith Kirchoff is a pianist, composer, conductor, concert curator, and teacher. Described as a “virtuosic tour de force” whose playing is “energetic, precise, (and) sensitive,” he works towards promoting under- recognized composers and educating audiences of the importance of new and experimental music. An active lecturer who has presented in countries throughout the world, his recital programs focus on the integration of computers and modern electronics into a traditional classical performance space.

Kirchoff has played in many of the United States’ largest cities including New York, Boston, Miami, Chicago, Los Angeles, Minneapolis, San Francisco, and Austin, as well as major cities throughout Italy, New Zealand, Australia, England, Canada, Belgium, Mexico, China, and The Netherlands. He has appeared with orchestras throughout the U.S. performing a wide range of concerti, including the Boston premier of Charles Ives’ Emerson Concerto and the world premier of Matthew McConnell’s Concerto for Toy Piano, as well as more traditional concerti by Tschaikowsky and Chopin. He has also been a featured soloist in many music festivals including the Festival de Musique Actuelle de Victoriaville, Festival Internacional de Müsica Contemporánea, the Society for Electro- Acoustic Music in the United States (SEAMUS), the Oregon Festival of American Music, and the International Computer Music Conference (ICMC).

Throughout his career, Kirchoff has premiered well over 100 new works and commissioned several dozen. As a strong supporter of modern music, he has worked closely with many prominent composers including Christian Wolff, Frederic Rzewski, and Louie Andriessen. As a lecturer, Kirchoff has presented seminars, lectures, and master classes on the music of the 21st century at many of the country’s largest Universities. One of the nation’s prominent performers of electronic music, his “Electroacoustic Piano” tour has been presented throughout two continents, and he has twice hosted an international composers competition seeking music for piano and live electronics: first with the University of Toronto in 2011, and then again with the American Composers Forum in 2015. Since 2011, he has released three albums in his Electroacoustic Piano series on Thinking outLOUD Records.

As a composer, Kirchoff is equally comfortable in acoustic and electronic mediums. He has been awarded residencies at the Banff Centre for the Arts, New York Mills, the Kimmel Harding Nelson Center for the Arts, and Wildacres, and has been a guest composer/pianist at several universities including Brown University, the University of Missouri-Kansas City, Cal State, University of New Mexico, University of North Florida, and Brigham Young University. He has received commissions from numerous ensembles and soloists including Transient Canvas, Ensemble mise-en, pianists Shiau-uen Ding and Kai Schumacher, tuba player Jeffrey Meyer, organist Matthew McConnell, baritone Nathan Kreuger, and Telling Stories Music. Often performing his own works in recital, his music, which has been described as “hyperactive,” has also been performed throughout the United States, Canada, England, Turkey, Holland, Mexico, New Zealand, Australia, and Germany by many respected musicians and ensembles including the California E.A.R. Unit, the Firewire Ensemble, violinists Carmel Raz and Stephanie Skor, cellist Alex Kelly, and pianists Albert Muhlbock and Mabel Kwan.

Kirchoff has served as Vice President of SEAMUS (Society for Electroacoustic Music in the United States) and is the founder and Artistic Director of Original Gravity: a Boston-based concert series that features the music of local composers and pairs that music with locally brewed beer. Together with Christopher Biggs, he founded SPLICE Institute which is hosted at Western Michigan University and regularly tours and performs with the SPLICE Ensemble, who recently has been awarded grants from Chamber Music America, the Fromm Foundation, and the Barlow Foundation. Additionally, he is the pianist in the Boston-based quartet Hinge.

The winner of the 2006 Steinway Society Piano Competition and the 2005 John Cage Award, Kirchoff was named the 2011 “Distinguished Scholar” by the Seabee Memorial Scholarship Association. He has also received composing grants from MetLife Meet the Composer and the Foundation for Contemporary Arts.

Kirchoff is also an avid homebrewer who has published several articles on the topic and is the co-host of the “Original Gravity Podcast” – a homebrewing show that designs beer recipes inspired by the music of New England composers.